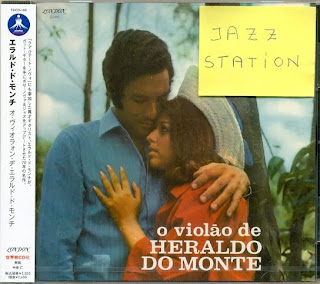 An easy-listening oriented album cut by Heraldo do Monte (one of the founders of the legendary Quarteto Novo, alongside Théo de Barros, Hermeto Pascoal and Airto Moreira) for Odeon's subsidiary label London in 1970, and now reissued on CD for the very first time by the independent Japanese label Think! Records, distributed by Disk Union.