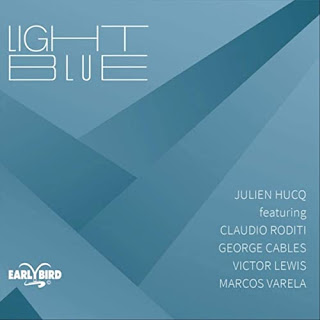 A native of Belgium, saxophonist Julien Hucq is a performer, composer, arranger, bandleader and recording artist who has lived in New York City since 2012.

A multi-instrumentalist with versatile musical abilities, Julien has recorded 8 albums as a leader that included numerous original compositions and unique arrangements.

Julien’s passion for music developed early on when he started performing with his little brother, Thomas. He pursued his studies in music at elite institutions, having graduated with a Master of Arts degree from the Aaron Copland School of Music, Queens College, City University of New York in 2013, where he studied with Prof. Antonio Hart and Prof. Michael Mossman. He received his Bachelor of Arts degree from the Jazz Department of Conservatoire de Lausanne, in Switzerland, in alto saxophone and composition, and his Diplôme d’Etudes Musicales from the Jazz Department of Conservatoire National de la Région de Paris, CNR, France, in alto saxophone.
Posted by Arnaldo DeSouteiro at 11:40 PM