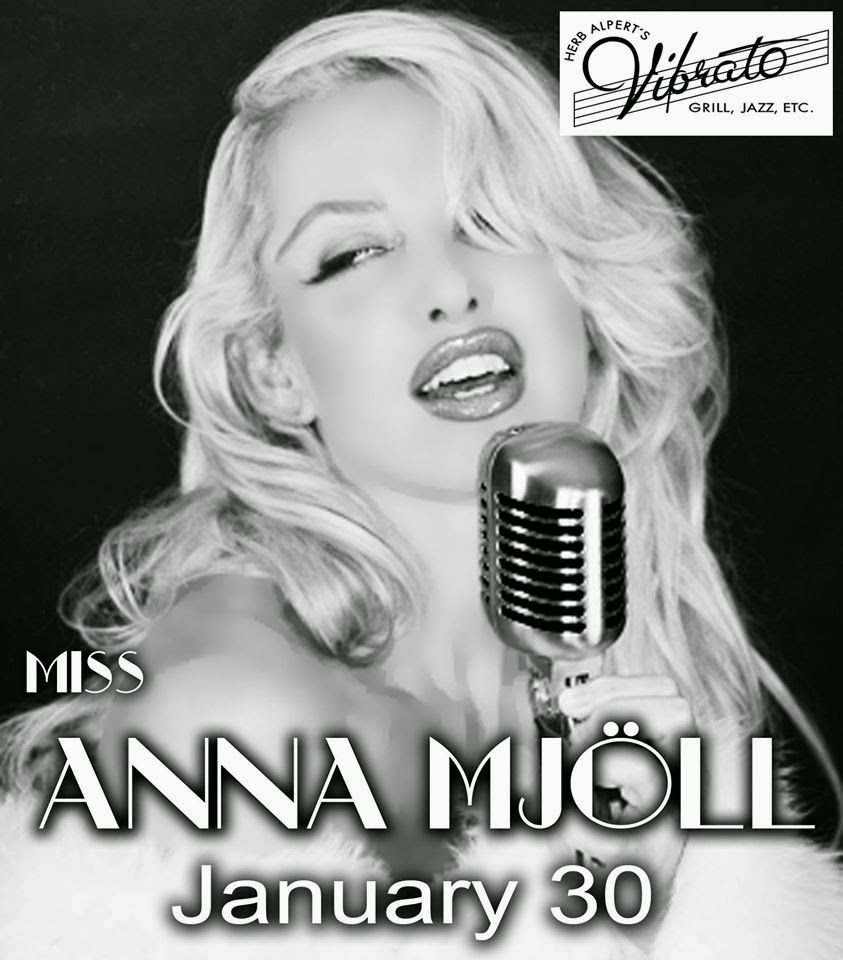 The brainchild of seven-time Grammy winner Herb Albert, Vibrato Grill & Jazz blends the rich elements of world-renowned jazz, art and gourmet cuisine for an evening to remember. The restaurant is owned by Pasadena’s Smith Brothers Restaurant group (Parkway Grill, Arroyo Chop House and Smitty’s Grill) and serves an exquisite menu of American contemporary dishes. Must tries include the dessert menu’s warm bittersweet chocolate truffle cake, chocolate glazed butterscotch pudding, caramel apple pie and Meyer lemon tart. Located at the top of Mulholland Drive and Beverly Glen Circle, Vibrato’s sophisticated jazz sounds and the deliciously fragrant food will lure you in from all over the city. 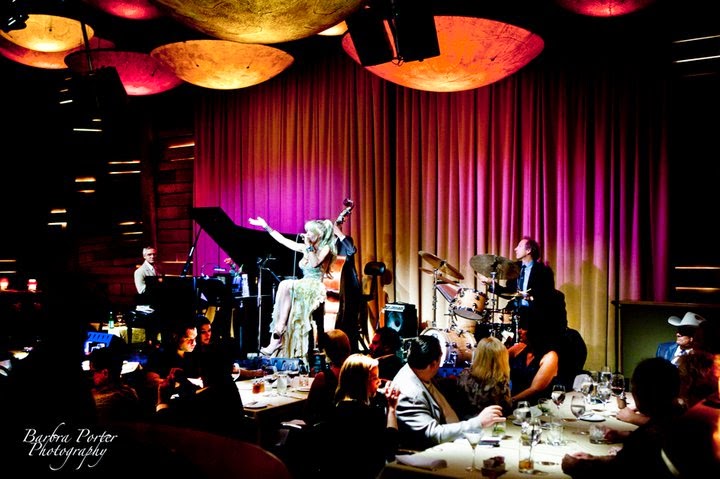 "Sunday night, Santa Monica. Last Sunday night I was having a really good time, sitting in the Baked Potato, halfway between Hollywood and the Valley, and listening to jazz singer Anna Mjoll perform with her really good band. I wish I could be doing the same thing tonight, but it’s a much longer drive to her gig. She’s playing in Reykjavik. Yeah, Iceland. She’s closer to the ocean there... than she was in the Valley. But she’s a lot closer to the Arctic Circle too.

Why in the world would a jazz singer book herself into a small club in an island nation with one fifth the population of the San Fernando Valley?

Because she’s home for the holidays.

Anna Mjoll is not much of what you usually picture as a jazz singer. Few of her performance photos show her in a dress. More likely you’ll get what I saw at the Potato: strategically very torn jeans, punkish spiked bracelets, stylish “armlet” tattoo, leather half-vest and a thin leather headband holding in place her long golden (really, really golden) locks, white-toed black tennies (but no candy cane-striped knee socks this time), and centerfold-class beauty and figure. Her idea of patter is to regale you with odd and gory anecdotes (decapitation, burger breath). I wonder if she dresses up a little at home? Keeps the stories a little more conventional, with mom and dad in the crowd?

Mjoll seems very comfortable on stage, like she was born there (almost true), comfortable in her own skin and very comfortable with her material and her inimitable delivery of it. She has a barely detectable accent, but it does make her sound just a little different from everyone else, in a charming way.

Her band was absolutely stellar. She always seems to attract really good players. (“Jazzmaz” features an enviable cast in Vinnie Colaiuta, Don Grusin, Luis Conte, Charlie Bisharat, and the late and very missed Dave Carpenter, as well as Mjoll’s talented father Olafur Gaukur producing, arranging and on guitar.) At the Spud she had Mike Miller on guitar, John Gilutin on keys, Ian Martin on bass and Gerry Brown on drums, impressive chops-meisters and cookin’ this night. A real treat was provided when Reggie Hamilton sat in for a few on bass, even though he had literally just flown in from Europe and went straight to the club. His solo excursions alone were worth the price of admission.

Her show was very similar to the excellent one I saw a few weeks earlier at Charlie O’s, including the stories, but it nagged at me that there was some missing piece this night. Then she gets to the very last number, “Blue Skies” (except for an ill-advised bowing to a persistent request for “Route 66” – ya gotta end high and leave ‘em wanting more). She goes to town with energized scatting throughout, and it jumps out that this was the one, where Anna Mjoll was in her element and shining. She had done some scatting in previous numbers, but not much, not as much as at Charlie O’s. I don’t think it was just the scatting that made the difference, but it was definitely tied to that. 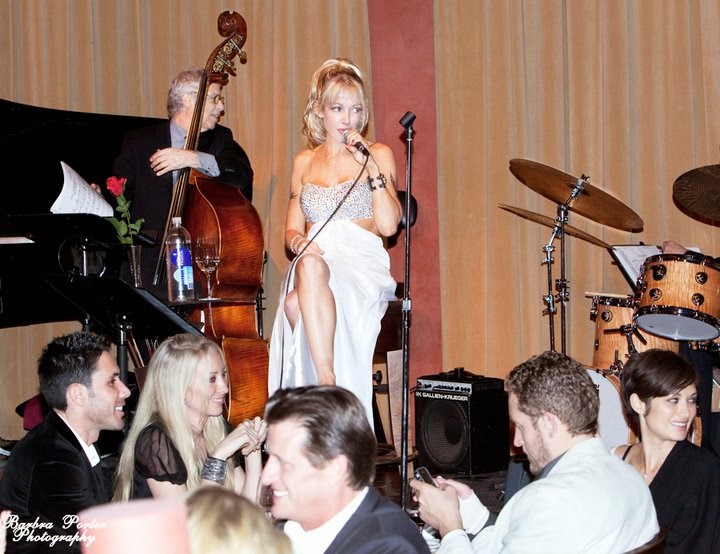 You don’t listen to Christmas music for weeks before the day now, do you? The last week before Christmas is prime time for me, enough to get the spirit but not to OD. So the timing is perfect to download Anna Mjoll’s “Christmas Jazzmaz,” at CDBaby.com. I like the last four songs the best because they’re sung in Icelandic, and the “Santa Baby” is probably the sexiest and most fun version you’ll ever hear." 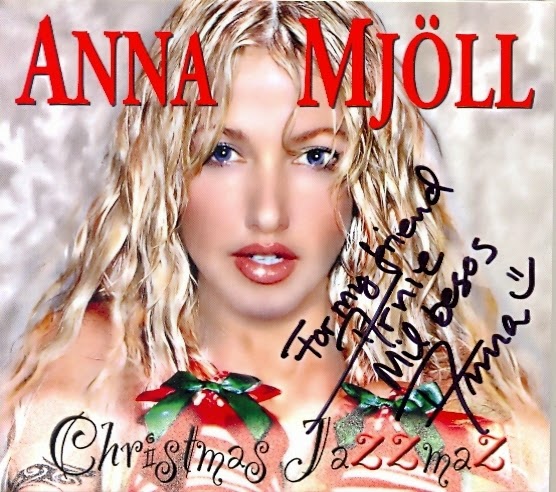 Even the opener "Jingle Bells" sounds intriguing and -- I know it will be hard to believe -- "new". Actually, I had to hold my breath during the first five songs, since "Let it Snow! Let it Snow! Let is snow" is a pure delight and I can't find words to express my feelings for her "Santa Baby." Do yourself a favor and listen. Never a vocal Christmas jazz albums sounded so charming and ...seductive! Anna's phrasing and the highly personal tone of her silky "innocent" voice (the missing link between Bjork and Blossom Dearie) are pure delight. And again: so far, the best Christmas CD of this century. Happy Holidays!"

To order a CD copy or a digital download:
http://www.cdbaby.com/cd/annamjoll2 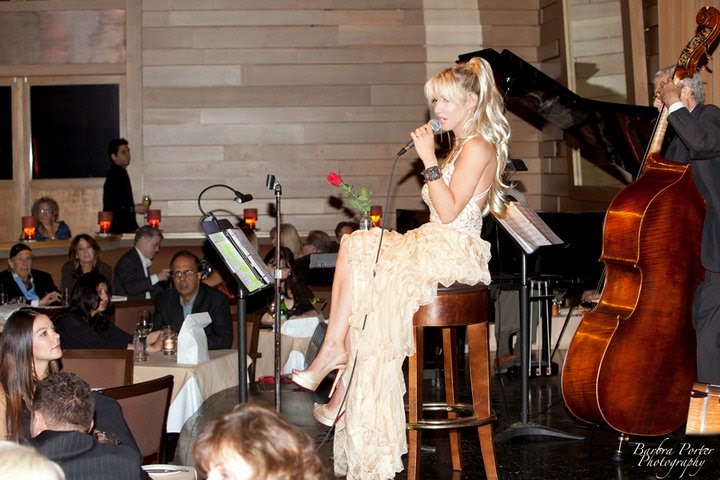 "Do yourself a favor and catch her now, at an intimate small club, before she breaks out into larger venues."
-Charles Andrews, Music Forums Moderator, HomeTheaterSpot.com 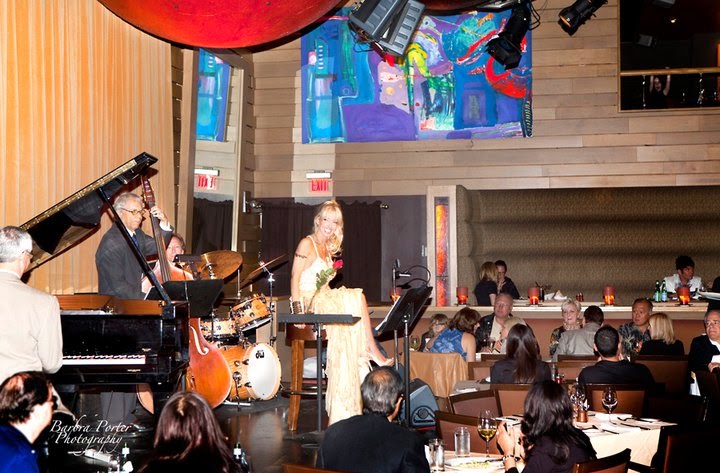 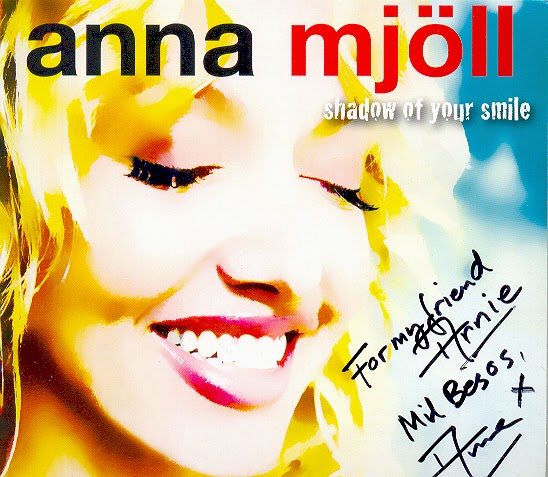 "Shadow..." features the LA-based Icelandic jazz diva surrounded by an all-star band led by her lucky arranger/producer/guitarist Ólafur Gaukur: drummers Vinnie Colaiuta (the current drummer's drummer all over the world) & John "JR" Robinson (Quincy Jones' favorite drummer ever, with Micahel Jackson's "Thriller" on his impressive discography), bassists Dave Carpenter & Neil Stubenhaus, keyboardist Don Grusin and percussionist Luis Conte, whom I first met when he was playing on Madonna's "Blond Ambition" tour. In some tracks - "I Get A Kick Out ofv You", "C'est Si Bon" and "Fever" -,

After repeated listenings, "Shadow..." evokes me memories of Peggy Lee, Astrud Gilberto and specially Blossom Dearie. Anyway, despite all these mentioned references echoing on my mind, Anna Mjoll sounds like her own woman, capable to enchant and fascinate the listener with highly personal interpretations of top-class songs.
The rhythm section changes on Johnny Mandel's classic "The Shadow of Your Smile," but once again Anna's approach is unique and amazing, intertwined with Ólafur Gaukur's 12-string acoustic guitar a la Luiz Bonfa.

She knows how to caress a melody and seduce the listener, like happens throughout the album. Another highlight, "Fever," firstly made famous by Peggy Lee and later revived by Madonna, is a singing lesson in the sense of how to make each and every word sound with the proper impact and feeling.

A latin-tinged arrangement of the French classic "C'est Si Bon" follows, featuring the horn section and Conte on percussion. Anna's sounds, to use French words, "coquette et sensuel." A beautiful original by Gaukur, "Saman Bú Og Ég" (the composer solos on the electric guitar while backing himself on the 12-string acoustic guitar), and two Antonio Carlos Jobim tunes complete the repertoire. The arangements includes a lovely guitar-wordless vocal solo section. Her phrasing would make Jobim proud.

"Shadow of Your Smile" is by far one of the best vocal jazz releases of 2009. Gifted with an abysmal potential, no one can accuse Anna Mjoll's of musical compliance. This wondrous girl (all the great booklet pics were shot on location in Iceland by Ess) knows how to take chances.
- Arnaldo DeSouteiro
Posted by Arnaldo DeSouteiro at 8:26 PM